Bitumen is a useful material used in a variety of industries. Over 85% of the world’s bitumen is used in road construction, 10% in other structures, and 5% in a range of other industries, like insulation. Natural bitumen features might vary from one producer to other but there are certain features that are going to be talked about, further in this article.

There are various forms of bitumen, each with its own set of properties and applications. In this post from Nikan West Gilsonite Company, an Iranian gilsonite producer, we’ll go over the basic characteristics of natural bitumen and uses of Bitumen , as well as its various types and applications.

Bitumen is prominently classified into two specific categories: natural bitumen and petroleum bitumen. Natural bitumen or gilsonite refers to materials that can be easily recovered from bitumen mines. Natural bitumen’s main features are known and well-accepted by the users and might be the main reasons that its users choose it. Petroleum also refers to the many materials produced in refineries as a part of the oil refining process. 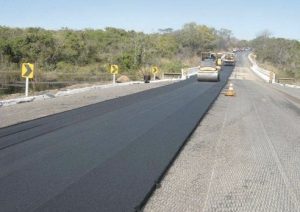 Natural bitumen also have a more detailed classification. Generally, the bitumen extraction sites can cause variations in their type and application. However, these materials also differ in structure and application.

Gilsonite should be considered as the first type of natural or mineral bitumen. Scientifically, gilsonite is a natural hydrocarbon resin. This material is also known as natural asphalt because of its structure and form, as well as its application. Gilsonite may also be known as a pressure-tight crude sheet. The outcome of a gilsonite mine is black, shiny and crisp material. Gilsonite can be also considered as the purest type of natural or mineral bitumen.

Heavy oil and natural bitumen accounted for just approximately 3 billion barrels of the 25 billion barrels of crude oil produced in 2000, despite a vast resource base. These resources are often more expensive to develop and transport than light oil. Furthermore, before being utilized as feedstock for a normal refinery, extra-heavy oil and natural bitumen must usually be enhanced by lowering their carbon or adding hydrogen. The additional expenses of extraction, shipping, and upgrading explain why extra-heavy oil and bitumen development and production are still limited. Their availability, strategic geographic distribution, quality, and pricing will all influence their future role in the oil supply and their function in our daily usages.

Gilsonite mines in other company

Gilsonite  is sometimes referred to as a pressure-tight crude sheet. A gilsonite mine produces dark, lustrous, and sharp material. Gilsonite is also known as the purest form of natural or mineral bitumen.

It is typically found beneath the earth’s surface and in the vertical layers of the earth. Only a few gilsonite mines have been discovered in a few locations around the world, which is interesting to know. The first gilsonite mine was discovered along the Bonita River in Utah, in the northeastern United States and although seemed strange and unknown at first but then it has become really popular.

Bitumen stones are the second most common type of bitumen in nature. The bitumen stones are formed by a long process of crude oil infiltration into calcareous and sandy beds. This has been influenced, over many years, by the volatiles which eventually has formed the rocks structures in which certain concentration of bitumen can be found. Naturally, the higher the concentration, the more valuable it is to extract. Other types of Bitumen

The second most prevalent type of bitumen found in nature is bitumen stones. A protracted process of crude oil infiltration into calcareous and sandy soils produces bitumen stones. This has been impacted by volatiles over many years, resulting in the formation of rock-made structures in which a particular concentration of bitumen can be discovered. The more concentrated the substance, the more valuable it is to extract. Bitumen stones usually have between 7 and 80 percent purity, depending on the amount of crude oil in the calcareous and sandstones.

The third type of bitumen is known as lake bitumen. Lake bitumen is a type of material which resembles a lake filled with bitumen.

Read more: How Toxic Is Bitumen

Lake bitumen mines are limited in the world. Trinidad’s bitumen lake is the most important and the largest source of this type of bitumen. In addition, there are the Bermuda Lake in Venezuela and the Lake Behbahan in Iran.