As you know, bitumen is a paste-like material that plays the role of waterproofing and making asphalt or Gilsonite. Pure bitumen price is also used to increase the quality level of bituminous waterproofing in roofing or building walls.

Bitumen oil is a derivative of oil and is generally produced in refineries. First, we will explain the concept of asphaltum.
Bitumen is a black and pasty material used in moisture insulation and asphalt construction. There are different types of bitumen, all of which have a different price, each of which has a specific application. Bitumen is a derivative of oil and is often produced in oil refineries.

asphaltum is a black to a dark brown hydrocarbon that dissolves entirely in carbon sulfide and tetrachloride. Bitumen is solid at ambient temperature. But as the temperature rises, it becomes a paste and then liquefies.

If you want to know more about this useful substance keep reading this article from Nikan west company, the gilsonite producer in Iran. 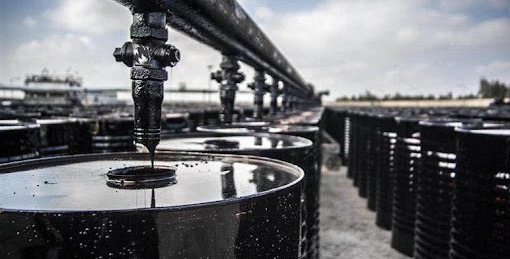 what is the important use of bitumen ?

The important use of bitumen is due to the existence of two important properties of this material;

In the meantime, if you intend to get acquainted with bitumen, stay tuned for this article.

However, different bitumen types due to the gradual conversion of crude oil are obtained naturally, the evaporation of its volatiles over many years. Such bitumen is called natural bitumen, and it is more durable than oil bitumen. Such bitumen may exist in pure form in nature (bitumen lake), such as Behbahan bitumen lake in Iran and Trinidad bitumen lake in the United States, or extracted from mines.

What is bitumen used for?

In fact, it can be said that bitumen is a bitumen additive that can be mixed very well with petroleum bitumen and after mixing, it can have very high adhesion properties, and this adhesion has made it have many applications.

One application of bitumen is to protect steel pipes against corrosion, which are used in various industries. Bitumen is mostly used in natural asphalt construction and road construction industry. This material can be mixed with sand particles and used as a road surface.

Another important application of bitumen uses is used in the construction industry as a moisture insulator because it has a waterproof property. This bitumen also has several applications in the cement, drilling and coking industries.
Those were the fluid loss additives examples. If you want to know more about Gilsonite , gilsonite mine , natural bitumen and natural asphalt, please read this article.

What is difference between asphalt and bitumen?

Asphalt is a combination of bitumen uses, mineral fillers such as sand and some other improvers such as increasing the elasticity, solvents in some cases and …. So the answer to the question is as follows: bitumen is a pure compound, while asphalt (Gilsonite) is a mixture of bitumen and other materials.

Due to its high density and nature, bitumen uses is not liquid in environmental conditions and usually needs to be heated to become a liquid. In some cases, to solve this problem, bitumen is dissolved in a solvent and then poured on the desired surface. The solvent used has a higher volatility than bitumen, which causes it to dry faster.

The average life of natural asphalt or gilsonite is about 20 years. Effective asphalt will reduce friction between the car tire and the road surface, which means improving fuel economy would mean lower CO2 (Carbon dioxide) emissions in the air.

On the other hand, asphalt is generally more expensive than bitumen uses. Before installing asphalt on the road, you will need to prepare the surface, and too much heat can damage the asphalt and make it softer. However, bitumen is cheaper than asphalt and, in some cases, can be recycled. However, bitumen is not without its drawbacks.

Also, stones in the bitumen cause noisy driving on the road. In addition, types of this substance are less durable than asphalt, unfavorable weather can cause its destruction, and of course, it can cause soil and groundwater pollution.

Where does this substance come from?

Moreover, bituminous compounds in four primary and polar classes are as follows:

How to Pronounce this substance

Bitumen is an asphalt of Asia Minor used in ancient times as a cement and Mortar. On the other hand, types of bitumen are various mixtures of hydrocarbons (such as tar) often together with their nonmetallic derivatives that occur naturally or are obtained as residues after heat-refining natural substances (for example, petroleum).

In the meantime, if you want to get acquainted with asphalt, its features and the three most widely used types of asphalt in the world, stay tuned for this article. 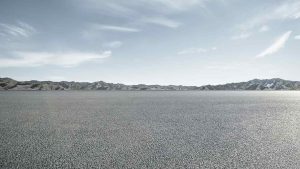 this substance has different types witch are :

Bitumen is usually obtained by distilling crude oil. Such types of this substance are called petroleum bitumen or distilled bitumen. Petroleum asphalt produces two stages of simple oil distillation in the distillation tower.

Blown oil is obtained by blowing hot air into pure bitumen in the final stage of purification. this type has a lower degree of penetration than pure bitumen, has a higher degree of softness, and is less sensitive to temperature changes. This type is mainly used in making roofing sheets, car batteries, and plastering.

Emulsion is obtained by mixing with water and an emulsifier. The use of this type reduces environmental pollution, and because no oil or flammable solvents are used, the risk of ignition during bitumen oil transportation is reduced. emulsion is used for cold asphalt or Gilsonite in wet environments or insulation. In this case, water must be added again, and Gilsonite must reduce its content to about 65%.

Selling dissolved bitumen is a mixture of it and a suitable solvent (e.g., kerosene or gasoline). This type is liquid at room temperature or turns into a liquid with heat. Dissolved or mixed bitumen is used in various types of paving and macadam asphalts. The rate of setting or hardening of this type of Bitumen depends on the kind of solution.