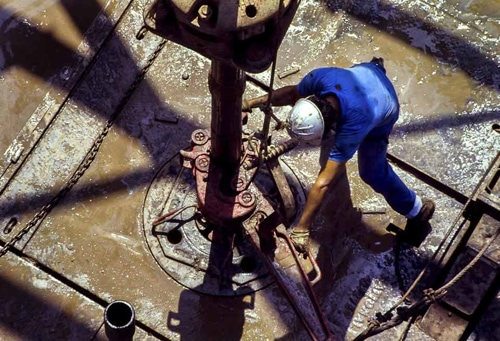 In this two-part article from Nikan west company the gilsonite producer in Iran, we are going to introduce you some important nano additives to drilling mud.

Some of Nano additives to Drilling Mud

The first example of nano additive introduced in this article is nano-clay. The nano-clay improves the mechanical properties of the drilling fluid and reduces the permeability of the cake filter. These efficiencies are due to the fact that nano-clays are capable of multiplying their weight by several times, thereby contributing to the reduction of fluid loss.

In this process, nano-clay is used as an analyte detector in the well. One of the most famous oil companies using nano-clay in drilling mud is Aramco, Saudi Arabia. The results of this experiment showed that the flow rate of the fluid has been decreased and the motor behavior of the flower has also been improved.

Nano-clay also has other properties. Baker Hughes, for example, has used borehole sampling to improve the electrical properties and dielectric stability of drilling mud. Also at the US National Energy Technology Laboratory, nano-clays were used as nanoparticles under high temperature and pressure conditions.

The second nano-additive introduced in this paper is nano-bentonite. Like many other nanoparticles, this material is used to reduce fluid spillage and to improve the stability of the well.

Among the centers that have used these materials in their research to improve drilling mud properties are China Petroleum University, Egyptian Petroleum Research Institute, and Romania’s Plushite Oil and Gas University.

Metal nano-oxide is another effective and widely used nano-additive in drilling fluids. These nanoparticles can improve the mechanical and rheological properties of drilling mud.

The metallic nano-oxides themselves are divided into several different samples, which we will present below in the most practical way.

Nano-silica is probably the most widely used nano-additive used in drilling mud. Silica nanoparticles have various effects on drilling mud.

Reduction of formation degradation and consequently improvement of well stability, reduction of torque and post forces, preservation of drilling mud properties at high pressure and temperature, and reduction of fluid loss are the properties and applications of nano-silica.

Iron nano-oxide is another nanofluid that is effective in improving drilling fluid properties. This metal nano-oxide can reduce the torque and post forces. It can also be used to reduce fluid spillage at high temperatures and pressures. Iron nano-oxide also has positive effects in reducing cake filter permeability, improving the mechanical and rheological properties of drilling mud and reducing fluid spoilage.

In a joint study between the Calgary University of Canada and the Missouri University of Science and Technology, the application of iron oxide nanoparticles to improve drilling mud properties has been investigated and proven.

Hydrogen sulfide gas is one of the toxic and corrosive gases that has a negative and adverse effect on the drilling process. As a result, one of the most important processes in this field is the removal and separation of this gas from the drilling mud; and one of the effective ways to do this is to add zinc nano-oxide to the drilling mud.

This nano-additive helps to make the gas extraction from the drilling fluid easier and faster.

In the first part of this article, we have introduced various nano-additives including nano-clay, nano-bentonite, metal nano-oxides including nano-silica, nano-iron oxide and nano-zinc oxide. In this section, we will introduce nano-polymers to drilling mud .

Nano-polymers are one of the most widely used nanostructures used in drilling mud. These nano-polymers are manufactured in various types and add a wide range of properties to drilling fluids. According to various reports, these types of nanostructures can be used in the field of well stability, reduction of drilling, drainage control and reduction of torque and post force.

In another application, Baker Halliburton used nano-polymers as a sensitive and selective marker to identify and determine the concentration of analytes in the well and also to measure the temperature of the well. Also, the Polevic University of Petroleum and Gas, in another study, has shown the properties of nano-polymers in reducing drilling fluid loss. Practical examples of these nanostructures usage include the National Petroleum Corporation of China, which has used nano-materials in practice to reduce fluid spillage and increase well stability at high temperatures and pressures.

Here are seven polymer nanoparticles used in the drilling industry.

Cellulose nano-fibers are among the nano-polymers that improve the rheological behavior of drilling mud, increasing its stability up to 200 ° C.

The important thing about these polymers is that they maintain their stability along with other drilling mud additives. Finally, these materials can reduce the possibility of formation destruction in addition to improving the filter properties of the cake.

These nano-polymers can control the rheological behavior of drilling mud by changing the pH from neutral to alkaline. This feature reduces fluid spillage and helps to improve oil recovery in oil wells.

In this case, the nanostructures can be reduced as a nano-additive in the form of a fluid. Finally, it is interesting to note that this nanostructure was first introduced by the Romanian University of Oil and Gas Plushit.

By examining polymethyl methacrylate nanoparticles and their effect on drilling mud, it has been shown to have a high inhibitory effect on shale swelling.

By studying the effect of dendrimer nanostructures on drilling mud, it was found that this material add many potentials to drilling mud. These nanostructures can not only significantly reduce fluid spillage, but also increase stability and rigidity of the well, thereby reducing the risk of formation damage.

Importantly, these nanostructures also work at high temperatures and pressures and maintain their capability.

Other uses of dendrimer polymers are their use in reducing drift, drilling, reducing post and torque forces, and hydrogen sulfide neutralization.

This nanostructure plays the lubricant role above all in drilling fluids. This feature reduces the effect of the torque and post forces and greatly avoids the fluid flow.

Like other PVP nanoparticles, the effect of this nanoparticle reduces fluid spin and torque and post forces.

In the third and final part of this series, we are going to look at other structures, including carbon nanostructures and calcium carbonate nanoparticles, and their properties. Each of these nanoparticles can add special properties to drilling mud and have various applications in the deep well drilling industry.

The two most widely used examples of carbon nanostructures include carbon nanotubes and graphene, which we will discuss later on their properties and their effect on drilling mud.

The main feature of carbon nanotubes is that, in addition to being able to reduce fluid spillage, it is also able to control the weight of the drilling mud. The use of these nanostructures under high temperature and pressure conditions is another effective feature of this nanoparticle.

Other features of the nanostructure include the ability to draw wells, increasing well stability, reducing drilling congestion, reducing torque and lateral forces.

It is more commonly used than other nanoparticles. As the statistics show, major oil companies around the world, including Arkma and Total France, Newark Canada, Halliburton, Saudi Arabia, Baker Hughes, Shelbergerg and Misawak, are among the companies that have trusted the capabilities of this nanoparticle.

In a joint study conducted by Rice University, Misauco Company and the Institute of Nanoscience and Nanotechnology, the benefits of using graphene to improve drilling mud properties have been demonstrated.

Nanocomposites, nano emulsions, nano hydroxide, and magnetite nanoparticles are among the calcium carbonate nanoparticles, which we will briefly review.

Nanocomposites are the most widely used nanostructures in drilling mud, and are commonly used as a lubricant to reduce torque and post forces, maintain drilling mud properties under high temperature and pressure conditions, reduce fluid spillage and increase well stability.

Nanoemulsions are also added to the drilling mud to reduce fluid spillage, reduce formation damage due to fluid infiltration into the well, reduce drilling anomalies, and reduce torque and post forces.

Iron hydroxide nanoparticles can also be added to drilling mud to reduce fluid spillage and increase drilling rig stability. This feature was first identified and reported by researchers at the University of Calgary, Canada.