What is Hot Mix Asphalt Pavement? 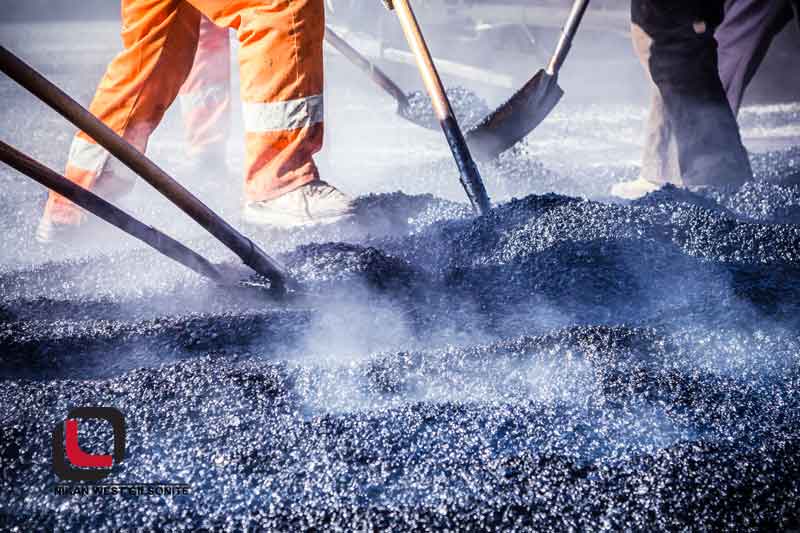 Hot mix asphalt is a mixture of crushed and granulated aggregates and fillers that are heated in an asphalt plant and mixed with hot bitumen at certain temperatures, as well as hot for transporting on the road, transported, spread and pounded.

High durability, uniform production, control of temperature and humidity of materials and fast preparation for traffic are the advantages of hot asphalt concrete that can be used without any restrictions on roads, streets, airports, docks, terminals and parking lots.

Hot asphalt concrete used in road paving is as follows:

Surface asphalt is the last layer of asphalt that is in direct contact with traffic loads and atmospheric factors. Surface asphalt is designed and executed in such a way that it can withstand the loads and against the adverse effects of water, frost and temperature changes. It resisted and lasted.

The topsoil is usually finer granular than the bitumen liner and base layer, the aggregates have more space and as a result more bitumen. The maximum size of aggregates in this layer is between 9.5 to 19.5 mm, which is required depending on the surface texture. Is selected. If the rejected percentage of sieve No. 8 granulation to the maximum or minimum allowable, fine surface texture, or rough (scratch) is created, respectively.

To increase the slip resistance and conduct surface water to prevent stagnation, an open-grain porous asphalt layer can be used. The thickness of this layer is at least 2 cm, which is not part of the pavement system and can not be used as a substitute for the main surface. If the porous procedure is performed, the layer that is immediately placed under it must be practically impermeable. 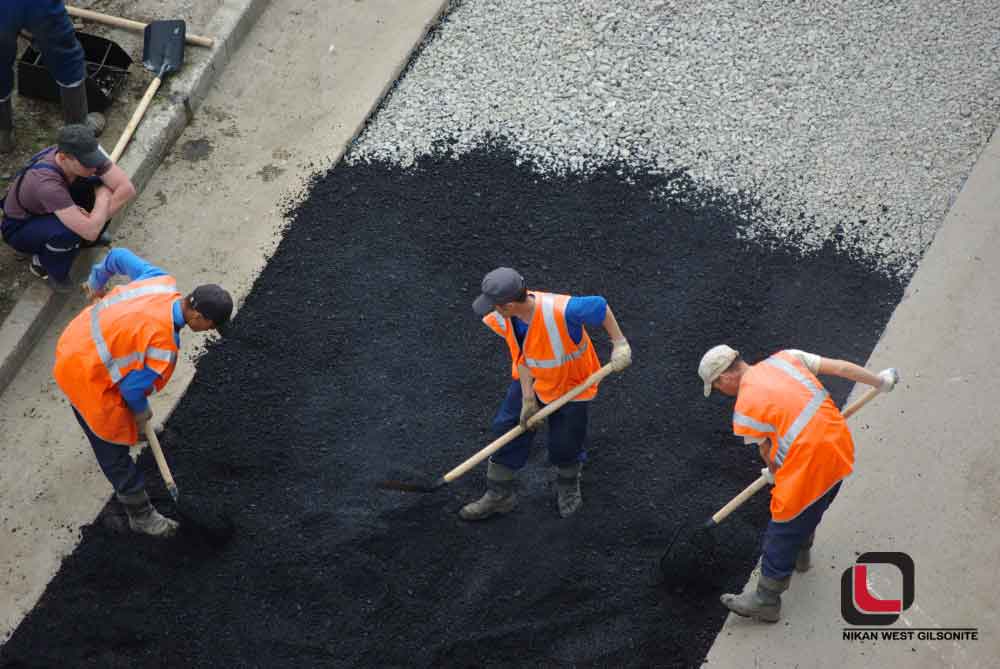 This layer, as the first layer of asphalt pavement, can be placed directly on the base layer. The bitumen base has a larger granulation and the amount of bitumen is less than asphalt lining and surface. The maximum diameter of its aggregates is up to 50 mm and in some cases up to 75 mm.
The use of a bitumen base is not recommended except for special conditions such as areas exposed to frost and heavy rainfall.

After preparing the crushed and granulated aggregates, fillers and bitumen, hot asphalt is prepared in the asphalt factory. Natural asphalt factories are often of the intermittent type of stages that require the following:

An asphalt plant is installed in the path of transporting aggregates from the mine to the asphalt consumption site so that the transport distance is minimized and double transport is not done. The asphalt plant must have at least four hot tanks for aggregates (coarse grains, medium grains, fine grains and sand) and one tank for fillers.
The capacity of the asphalt plant is determined according to the size of the project and is specified in the specifications. The capacity of the factory varies between 60 and 240 tons per hour.

The asphalt plant is equipped with at least 4 screens with different diameters of springs and these screens can be replaced as needed.

The monitoring device should instruct the contractor to select the diameter of the springs required for each type of granulation so that the workshop granulation curve of the aggregate mixture can be easily obtained by weighing the different granulated materials from the hot silo.

The weighing scale of the filler and its tank should not be used or used (assuming that the aggregates themselves have fillers). The filler should not be mixed with aggregates but should enter the asphalt mixer after the aggregates and bitumen have been emptied separately. Each hot tank of the asphalt plant must have a thermometer to control the temperature of the aggregates. Access to factory hot materials should also be possible, so that sampling can be done easily.

The mixing time of aggregates, bitumen, and fillers depends on the model and capacity of the factory, the type of materials and their granulation. Mixing time is usually specified in the manufacturer’s instructions.

The monitoring device must have precise control over the mixing time. Lack of control and non-observance of the required time causes major defects in asphalt. 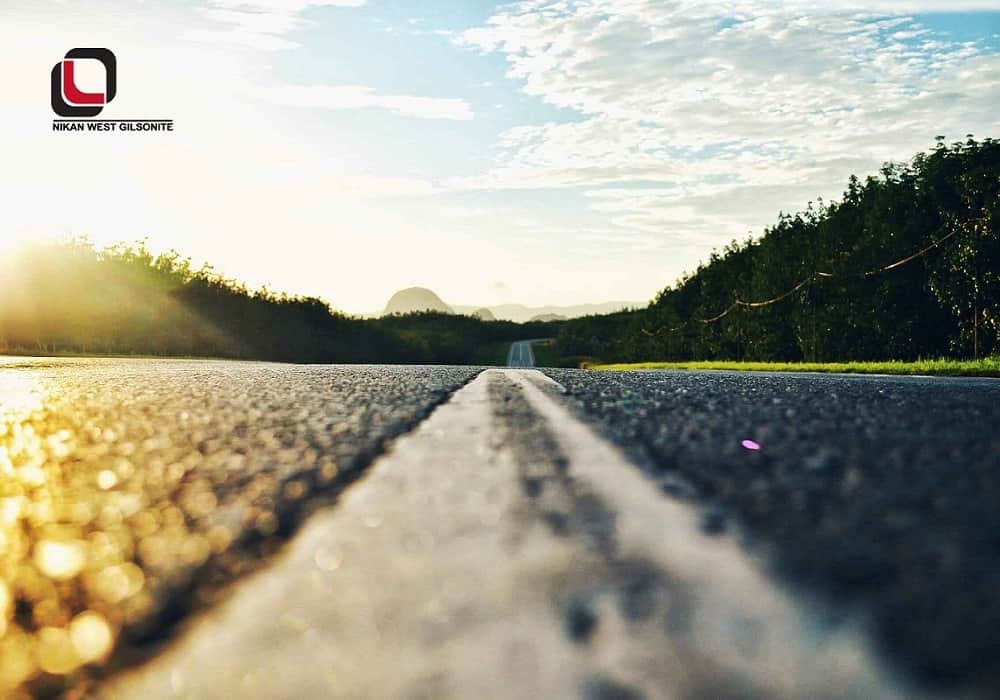 In order to obtain proper coverage of materials and separation of bitumen from aggregates when preparing and transporting asphalt, the bitumen thickness must be about 170 20 20 cm. To determine the temperature at which the bitumen used reaches this condensate, it is necessary to plot the condensation changes of the bitumen against the temperature. Using this diagram for bitumen used in asphalt operations, the optimal temperature ranges for asphalt mixing and its density can be determined after spreading.

From bitumen-based asphalts, liners and surfaces prepared in the asphalt factory, at least 2 samples should be taken daily and if the product is high, one out of every 350 tons of asphalt should be taken from the truck carrying asphalt or road surface asphalt before being crushed and tested. To determine the results of granulation, bitumen percentage, Marshall strength and flow, space, the specific gravity of asphalt and space filled with bitumen.

The values of each of the announced results according to the limits of permissible fluctuations must be within the range of notified specifications, otherwise, the necessary measures must be taken immediately to eliminate the defect.

Hot mix asphalt is one of the most important materials used in road and constructions; therefore, using the high-quality ones does really matter and having enough information about them can ensure a wise and safe choice.