What Are the Disadvantages of Using Asphalt?

Home | Blog | What Are the Disadvantages of Using Asphalt?

When it comes to talk about city problems, the disadvantages of asphalt which is normally used in the construction of almost all the cities, might be outstanding. One of the main problems of sidewalks, streets, highways and industrial areas in various countries is the destruction and successive replacement of natural asphalts, which in addition to causing billions in damage to the national economy, has greatly reduced the safety factor of roads and streets and of course many damages. In this article various Disadvantages of Using Asphalt and natural bitumen used in them are precisely described.

Today, the manufacturing industry is one of the most important industries in the world, which plays a major role in the development of countries and tourism and income generation. Due to this point, many countries have made more efforts and measures to develop and increase their country’s share in the international arena. In the meantime, the international community has tried to compensate for the existing gaps by using new and cost-effective technologies in the field of roads and beautifying urban areas and recreational places in the construction industry in recent years. 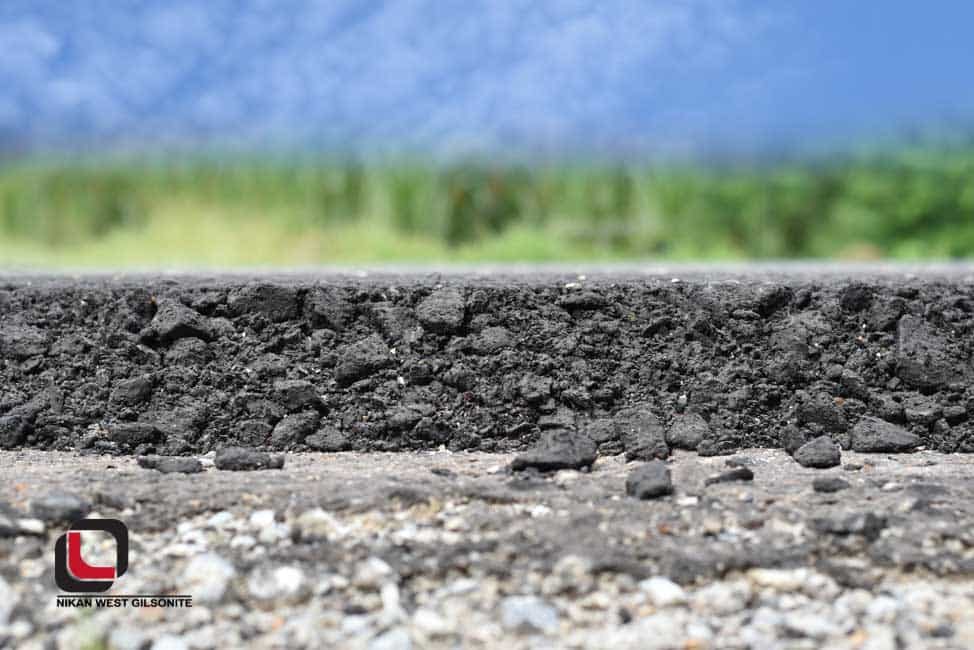 In many countries, cities and villages, in general, have non-standard passages or sidewalks or the lack of it and the use of old construction methods and pollution and waste of surface water, inefficiency of pits and tables, creating dust and harmful gases Greenhouses in metropolitan areas, subsidence and pollution of groundwater resources and intensification of urban pollution are a serious threat to the normal affairs of citizenship in the country. Reduces costs and creates new technologies and employment.

The objection is that the current technology of road construction is not able to respond and solve this problem and requires structural and technical changes in the design and construction of road and traffic roads. On the other hand, the environmental problem of using current materials and hydrocarbons in the composition of bitumen asphalt and the gilsonite powder utilized, along with low capabilities and bitumen asphalt to achieve many of the required technical specifications in traffic lanes, especially durability and stability against climate change and glacial cycles, is an optional procedure.

Bitumen asphalt does not have much resistance against physical pressures, this resistance in the best bitumen asphalt in Iran is equal to 75-75 kg / cm2. It changes shape against climate change and temperature change and has a short useful life. Using natural asphalt might also lead to some other problems and have some other disadvantages that are as follows.

To produce bitumen asphalt, a temperature of about 140 degrees Celsius is needed, and as a result, significant amounts of fuel are used to produce this type of asphalt, and it can be said that it is very unsuitable in terms of environment, economy and especially air pollution in metropolitan cities.

A significant part of the quality of bituminous asphalts occurs during the cold and frosty seasons, and factors such as the phenomenon of water absorption and freezing and thawing, water penetration into the substrates, or the use of salt for defrosting are among the main factors, asphalt degradation. Bitumen is passing through the cold season.
In the tropics, we face the problem of deforming natural asphalt.

Bituminous asphalt is degraded by petroleum products such as diesel, oil, gasoline and acids present in industrial areas.

The bitumen or bitumen powder used in road construction is directly exposed to atmospheric factors and must withstand the impacts caused by the movement of vehicles. 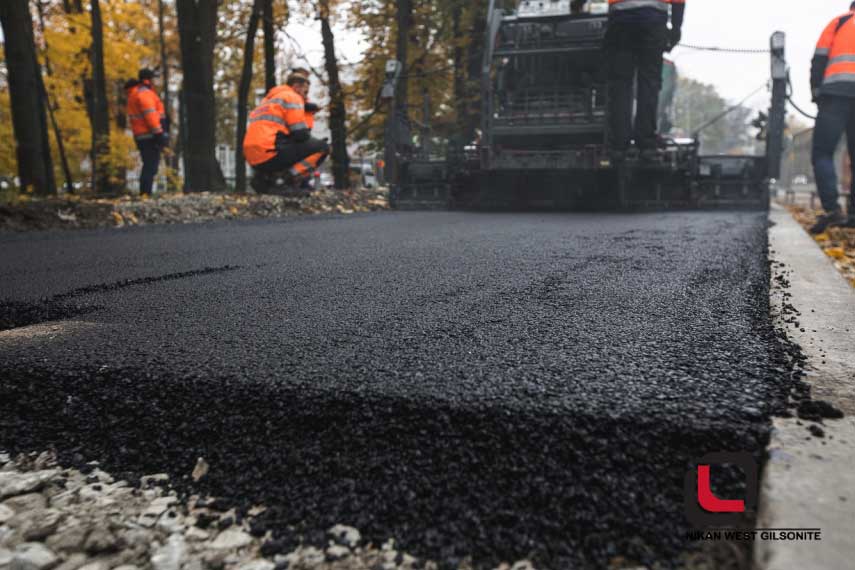 The Application of RCCP

Wide range of applications in the construction of main and secondary roads and streets, freeways, runways, aircraft hangars, floors of industrial halls, industrial areas and warehouses, docks, mining roads, sidewalks, stadiums, racetracks, floors of industrial and commercial exhibitions, Commercial areas, ports, docks, ranches, cold storages, sloping roads, loops, squares, lanes, bridges, terminal floors, bus stops and trucks (garages) can be named and it’s probably quicker and stronger. Compressive strength with low water to cement ratio and zero slumps from 150 to 300 kg / cm2, which is obtained in processing conditions and with the highest quality materials that can withstand heavy traffic loads, especially at slopes, rounds, and traffic loads and stations. It easily withstands heavy. Stiffness and no deformation against the loads and shocks caused by the fall of hard objects.

The long-term durability of bitumen asphalt in tropical and temperate regions is due to the fact that it is resistant to rising temperatures and does not undergo any deformation. In cold regions, RCCP is safe and resistant to possible damage due to its low water absorption and resistance to glacial cycles. High speed of execution and ease of maintenance and early operation, even in emergencies (twelve hours after execution) has also made it a better option.it also has a great environmental compatibility.

RCCP concrete surfaces due to the impermeability of their constituents to the texture of materials and nature, as a compatible surface, do not have any environmental problems in their area of application. And until the end of the durability period, its constituent materials are defined as part of nature. The gray and neutral color of RCCP has a good temperature absorption coefficient and this helps to lower the ambient temperature.

Despite the disadvantages of asphalt, bitumen asphalt is still used because of the many advantages it has and its great price, but choosing it wisely and following all the instructions in storing and transferring it, can reduce many of the probable disadvantages.