In this article from Nikan west gilsonite company the gilsonite producer in Iran, we briefly review the methods of waste management in drilling oil wells.

Waste management is one of the most important concerns of various countries in drilling oil wells. In oil wells, according to a common method and using drilling fluids, various types of deep wells are being drilled.

The use of drilling fluids, however, has many advantages in this regard; however, residues from these fluids and oil and chemical contaminants released by these fluids from deep wells are important environmental pollutants which should be seriously considered and managed as much as possible; otherwise, this waste can cause a lot of damage to the environment and then the economy, culture and society. 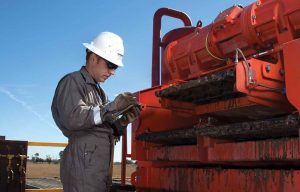 In 1995, the American Petroleum Institute identified pollution from oil well drilling, including very fine particulate matter, materials with a salinity of more than 90%, highly extractable materials (acidic, basic, natural), volatile compounds, ammonia solution and vapors, and declared hydrogen sulfide; And suggested a variety of ways to manage them.

In general, the four main methods in this field include reducing waste production, waste recycling, treatment and disposal.

Naturally, the most important and, of course, simplest way to manage waste is to reduce its production. Drilling fluids play a very important role in drilling oil wells, and part of the environmental pollution is caused by drilling fluids and their release into nature.

In this situation, the best way is to develop facilities and technologies that reduce the need to use drilling fluids. Using better processes, better drills and more powerful mechanical equipment to dig deep wells is one of these methods.

These fluids may also be reusable depending on the type of material they contain. Naturally, the more times a drilling fluid can be reused; the amount of waste is less and as a result less damage they cause to the environment.

Recycling and reduction of drilling fluids

The use of recycling and recycling methods is usually costly and therefore less considered by contractors. However, existing environmental laws and standards, to a large extent, require them to follow and use these methods.

Also, the chemicals removed and separated from the drilling mud are of a great importance. These substances are the main cause of environmental pollution. The best thing to do in this regard is to use these materials under different titles. The simplest use of these materials is their use as fossil fuels. Naturally, such use is not entirely optimal; but it is better to be left untouched in nature. 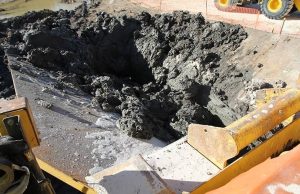 Naturally, these methods are very costly; but in the long run it has many benefits at the macro level.

Disposal should be the last step in waste management. In fact, what is left over from the previous methods must be disposed in accordance with established scientific methods and standards.

Disposal of water-based fluids and their stumps is usually simpler and much less restrictive. On the other hand, the disposal of oil-based fluids is more complex and requires a lot of requirements. This is so serious that the use of synthetic base fluids is rapidly increasing.