Coal tar and its characteristics 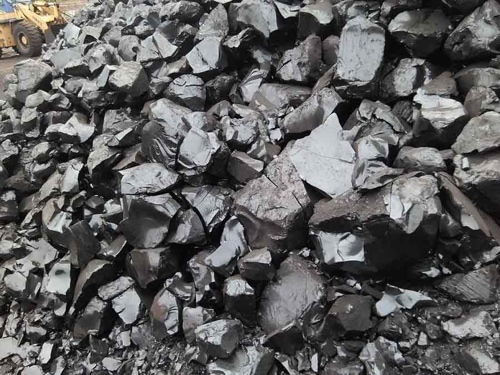 Coal tar is one of the oil derivatives of coal. In this post from Nikan west company the gilsonite producer in Iran, you will be introduced to the specifications, features and applications of this valuable material.

What is coal tar ?

Coal tar is a material that is derived from coal. The main constituent of this product is carbon and coal gas, and is extracted as a by-product during the production of coke which is a solid fuel. Coal is black in color and, like Natural bitumen or gilsonite , has properties such as viscosity and a naphthalene-like odor.

For this reason, coal tar can also be produced from diagonal bitumen, which has many applications in a variety of industries, including road construction, electrode production, and molded coal dust and glazing or pipe coating.

Formally, the coal diameter is a liquid and carbon is made from coal at 900 to 1200 ° C during the carbon manufacturing process.

It is interesting to know that many of the compounds used in various industries utilize this material in their manufacture. Production of refined chemicals such as creosote and coal tar is one of these applications. It is also used in the medical industry and is used in drug manufacture related to diseases such as skin eczema, dandruff, psoriasis and more.

In short, they are carbonized when coal, peat and lignin or wood are at temperatures above 700 ° C. The result of this process is also the extraction of tar acids resulting from the reaction of phenolic compounds with caustic soda.

Also the main part of the tar are the alkaline elements of the distilled oils. These alkali elements remain after the removal of tar acids. Pyridine is one of these alkaline elements. A colorless liquid nitrogen with a pungent odor. It has medicinal value. Finally, with the extraction of peridine and other distillates, what remains is the material used in the aluminum industry.

Simply put, coal tar contains a variety of materials, including benzene, xylene, toluene, naphthalene, phthalate, anthracene and so on. The distillation method is used to separate these materials, and if the ambient temperature reaches over 900 ° C, the amount of it will be reduced. Finally, in the coal pyrolysis process, about 70 percent of this material is converted to coke and 5 percent to coal tar.